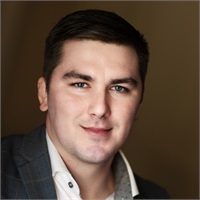 Jake was born and raised in Elkhorn, WI, and is the second oldest of four boys in his family. He married his high school sweetheart, Ciara, after they graduated college. They have two dogs, Nala and Bucky, who love to play outside.

-After graduating from UW-Madison with a degree in Personal Finance, he started his career as a financial representative with another firm. He then worked as a Client Care Specialist for JP Morgan Chase before starting his career with FORM Wealth.

Jake enjoys spending time with his family. Most of his time off consists of hiking with their dogs, golfing, and spending time on Lauderdale Lake.

Whether it is through volunteering his time, coaching, or developing relationships, Jake loves being able to give back to the community that has given him so much.